Feed Your Mind: THE ELABORATE ENTRANCE OF CHAD DEITY by Kristoffer Diaz

“…weighing in with a unique combo of vigorous physicality and wickedly intelligent humor…a vibrantly entertaining, insightful new play about — wait for it — professional wrestling.”—Variety 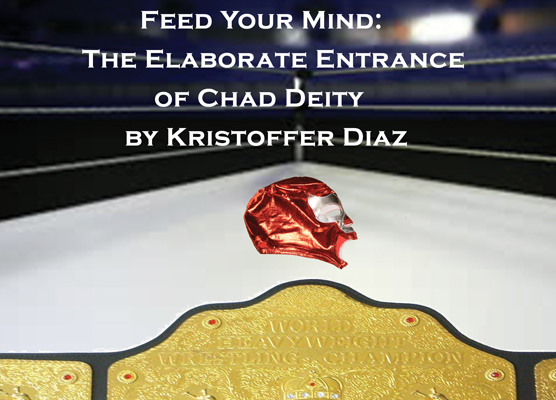 Behind Every Winner There’s a Great Loser. This 2010 Pulitzer Prize finalist is a no-holds-barred satirical smackdown set in the larger-than-life world of professional wrestling. Tired of making other pro wrestlers look good, Macedonio “The Mace” Guerra recruits a smart-mouthed Indian kid to dethrone the current All-American champ, Chad Deity. When the rivalry is used to exploit racial stereotypes, this smart, hilarious powerslam of a play pins pop culture to the mat while throwing political correctness out of the ring. A moderated discussion with the audience and artists exploring the issues in more depth followed each performance. The Elaborate Entrance of Chad Deity considers how notions of race are manipulated, distorted and turned inside out in the name of entertainment in the United States.