Feed Your Mind: IN THE BOOK OF… by John Walch 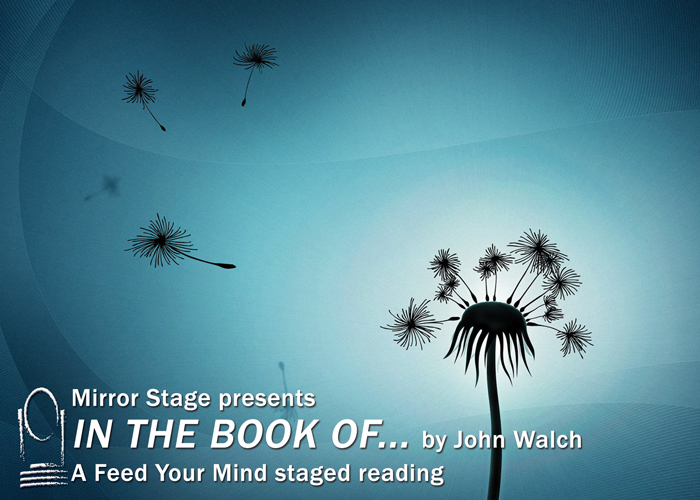 War, immigration, and their political and personal impact took center stage in this powerful West Coast premiere by John Walch. Two women—Naomi, an African-American Army lieutenant, and Anisah, her Afghan translator—lost their husbands in the war. Upon discharge, Naomi uses forged documents to save Anisah from imminent danger by bringing her home to Mississippi. But does Naomi’s act of kindness kindle a new war on her home front? Family, friendship, faith and the American Way are all tested in this funny, touching and timeless story adapted from the Old Testament’s Book of Ruth. A moderated discussion with the artists followed both performances.

John Walch’s plays include In The Book Of…, Tea-Totaled, The Dinosaur Within, Circumference of a Squirrel, The Nature of Mutation, Jesting with Edged Tools, Craving Gravy or Love in the Time of Cannibalism, Alice Threw the Looking Glass (a parody of Strunk and White’s The Elements of Style), Iraq: A Love Story, as well as numerous one acts, collaborations, and shorts. His plays have been produced at theaters such as Center Theatre Group (Mark Taper Forum), Actors Theatre of Louisville, Alabama Shakespeare Festival, Playwrights Theatre of New Jersey, Barter Theatre, Theatre @ Boston Court, Kitchen Dog, New Jersey Rep, Edinburgh Fringe Festival, and Off-Broadway at Urban Stages. Awards include the Kennedy Center Fund for New American Plays; the American Theatre Critics Association’s Osborn Award; the Frederick Loewe Award, the Charlotte Woolard Award, the Marc Klein Playwriting Award; and three Austin Critics Table Awards. John was a James Michener Fellow at the Michener Center for Writers at University of Texas @ Austin, where he earned his MFA in Playwriting. He lives in Brooklyn, and is a resident playwright of New Dramatists.