Feed Your Mind: THE PENELOPIAD by Margaret Atwood 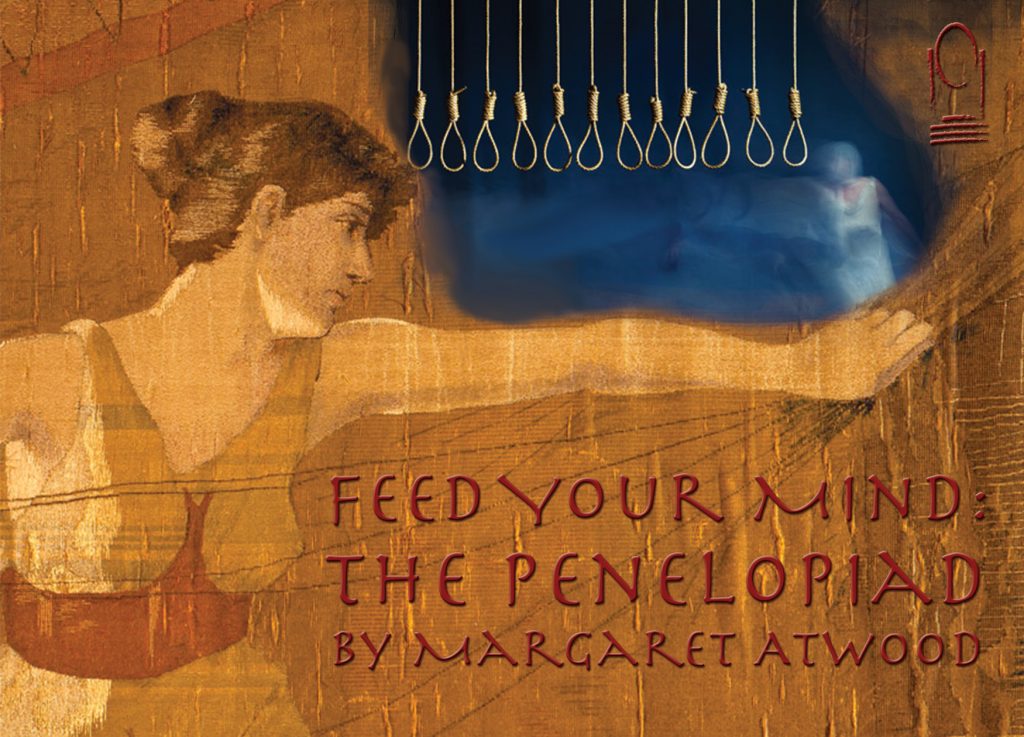 Shrewd, funny, and insightful, The Penelopiad retells the myth of Odysseus from the point of view of the wandering hero’s wife, and the maids he believed were disloyal and had hanged upon his return to Ithaca. Dead for millennia, Penelope and her 12 slain maids tell us their story from the underworld, as women who never stopped learning from experience and, even posthumously, are still doing so.

Mirror Stage’s innovative Feed Your Mind series of staged readings examines topical issues from different perspectives. The plays are presented simply: no costumes or sets—just the actors and the text. A moderated discussion with the audience and artists explores the issues in more depth following each performance. The Penelopiad explores the effects of story-telling perspectives, double standards between the sexes and the classes, and the fairness of justice.

Margaret Atwood is the author of more than 40 volumes of poetry, children’s literature, fiction, and non-fiction, but is best known for her novels, including The Edible Woman, The Handmaid’s Tale, The Robber Bride, Alias Grace, and The Blind Assassin, which won the prestigious Booker Prize in 2000. Her latest work is a book of short stories called Stone Mattress: Nine Tales. Her newest novel, MaddAddam, is the final volume in a three-book series that began with Oryx and Crake and continued with The Year of the Flood. The Penelopiad was originally published as a novella in 2005, and a theatrical version was co-produced by the Canadian National Arts Centre and the Royal Shakespeare Company during the summer and fall of 2007. Atwood’s most recent volume of poetry, The Door, was published in 2007. In Other Worlds: SF and the Human Imagination, a collection of non-fiction essays appeared in 2011. Her non-fiction book, Payback: Debt and the Shadow Side of Wealth was adapted for the screen in 2012. Atwood studied at the University of Toronto and Radcliffe College, becoming a lecturer in English literature. Her work has been published in more than 40 different languages, including Farsi, Japanese, Turkish, Finnish, Korean, Icelandic and Estonian.