Feed Your Mind: AN ISSUE OF BLOOD by Marcus Gardley 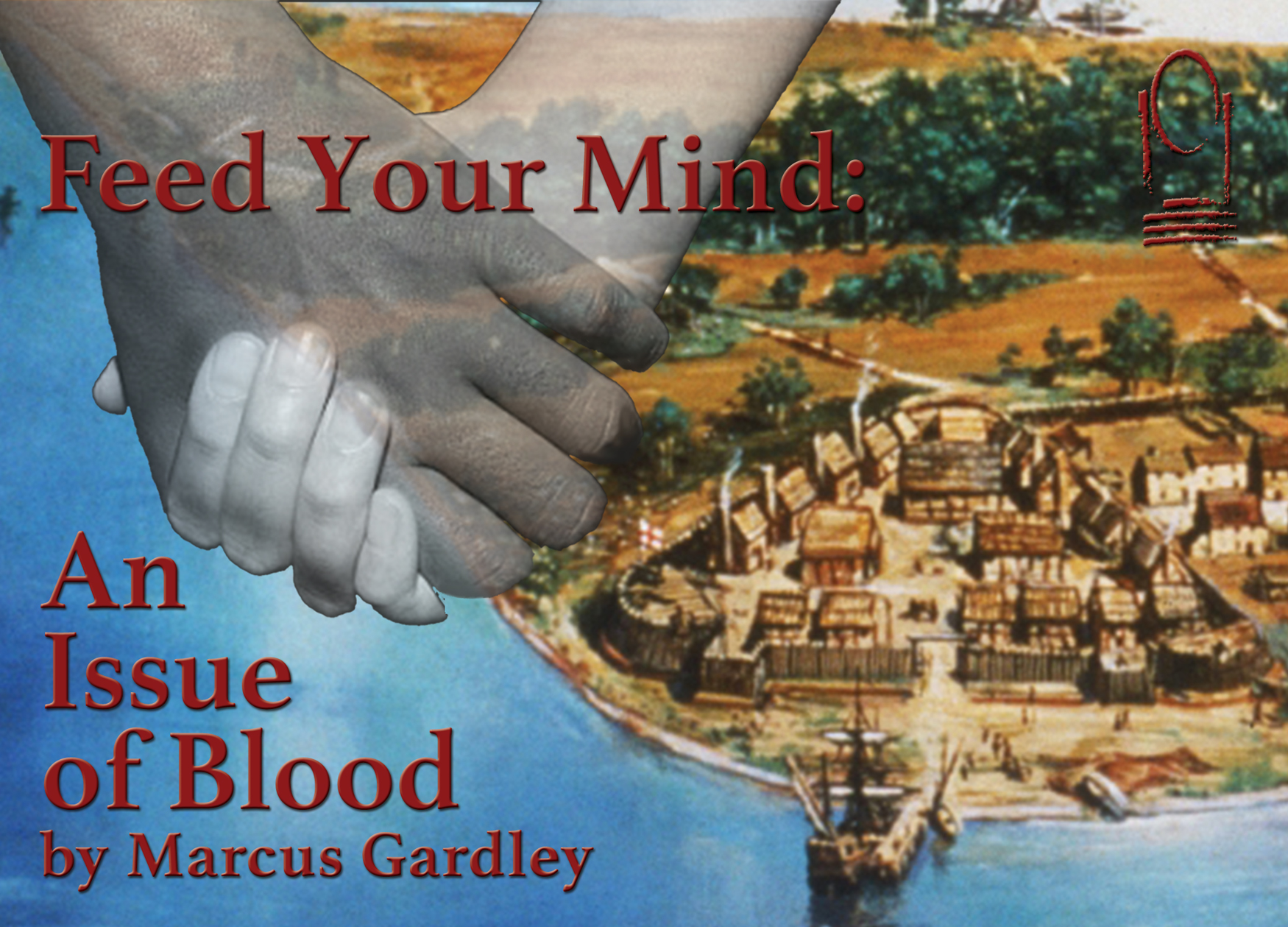 It’s 1676 in Virginia—before Ferguson, before Selma, even before slavery—a time when class, not color, defined a person’s destiny, and a country not yet a country might have gone in another direction. Former indentured servant Negro Mary earned her freedom and now owns a profitable tobacco plantation, though she is convinced her family and land are cursed. Her plans to avert disaster are thwarted by an interracial love triangle, an imminent rebellion, and a crime of passion. Playwright Marcus Gardley looks to a pivotal moment in our collective past to understand how we arrived in our tumultuous present.

Mirror Stage’s innovative Feed Your Mind series of staged readings examines topical issues from different perspectives. The plays are presented simply: no costumes or sets—just the actors and the text. A moderated discussion with the audience and artists exploring the issues in more depth followed every performance. An Issue of Blood critically examines systems of oppression and racial inequity dating as far back as colonial America, using our history to shed harsh light on our country’s struggle with race, discrimination, and police brutality.

*indicates a member of Actors Equity Association, the Union of Professional Actors and Stage Managers in the United States.

Marcus Gardley is a poet-playwright who is the current recipient of the 2015 Glickman Award. He was the 2013 James Baldwin Fellow and the 2011 PEN Laura Pels award winner for Mid-Career Playwright. His play The House that Will Not Stand was commissioned and produced by Berkeley Rep with subsequent productions at Yale Rep and in London. Gardley is an ensemble member playwright at Victory Gardens Theater where his play The Gospel of Lovingkindness was produced in March 2014 and won the 2015 BTAA award for best play. Other scripts include The Road Weeps, the Well Runs Dry about the migration of Black Seminoles from Florida to Oklahoma, which had a national tour in 2014. Every Tongue Confess premiered at Arena Stage and was a recipient of the Edgerton Foundation New Play Award. His musical, On The Levee, premiered at LCT3/Lincoln Center Theater and this past July, Sound Theatre and Brownbox Theatre co-produced …And Jesus Moonwalks the Mississippi in Seattle. He is the recipient of the 2011 Aetna New Voice Fellowship at Hartford Stage, the Hellen Merrill Award, a Kellsering Honor and the Gerbode Emerging Playwright Award. Gardely holds an MFA in Playwriting from the Yale Drama School and is a member of New Dramatists, The Dramatists Guild, and The Lark Play Development Center. He is a professor of Playwriting at Brown University.