Feed Your Mind: WHAT WE’RE UP AGAINST by Theresa Rebeck

“a laugh-out-loud comedy about ‘men, women and survival in the workplace.’”—San Francisco Examiner 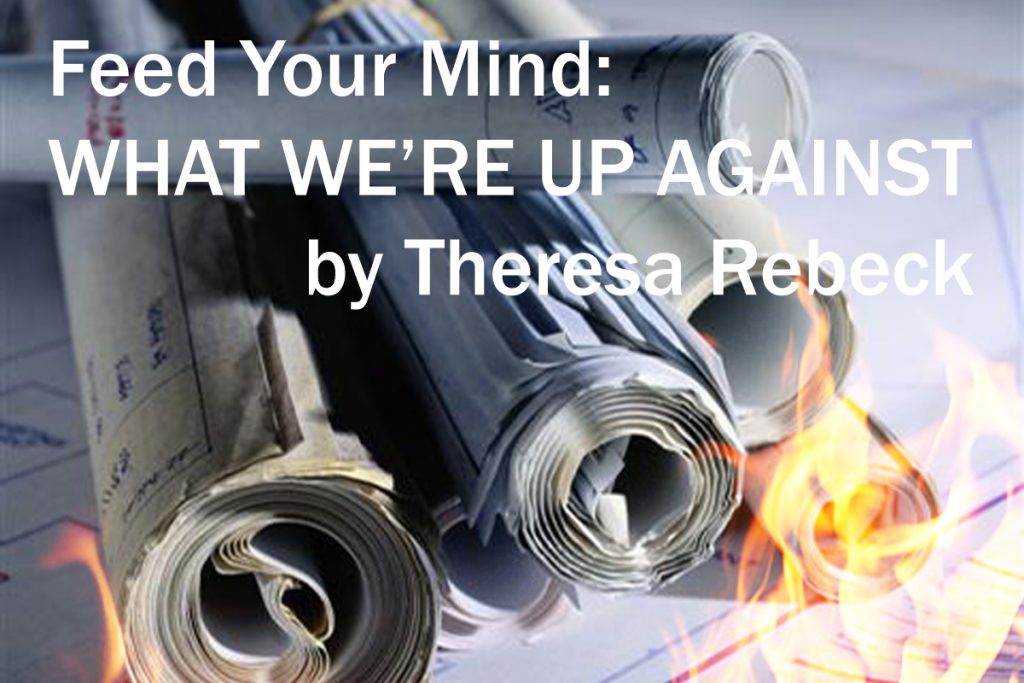 Set in a highly competitive architecture firm, this bold script by one of America’s master playwrights takes an explosive look at the complicated battle of the sexes raging across Cubicle Land. A funny yet insightful view of what it means to be female in a male-dominated career and one woman’s response when she tires of slamming into the glass ceiling. A moderated discussion with the artists followed every performance.

Theresa Rebeck is a widely produced playwright throughout the United States and abroad who has had four premieres in the past 12 months: What We’re Up Against (Magic Theatre, San Francisco, February 2011), Poor Behavior (Mark Taper Forum, Los Angeles, September 2011), Seminar (The Golden Theatre/Broadway, New York, November 2011), and the upcoming Dead Accounts (Playhouse in the Park, Cincinnati, January 2012).

There’s a lot of dysfunction in the workplace around gender issues, according to Rebeck. “The ridiculous way that workplace politics are conducted completely gets in the way of excellence in America. So, the old ideas of excellence are subsumed by mediocrity, which become more about who is jockeying for power.” For her perspective as a woman who writes, click here. For the text of Ms. Rebeck’s March 25, 2010 address to ART/NY Curtain Call entitled “A Thousand Voices,” click here or here.

Her other plays include Mauritius, Loose Knit, The Family of Mann, Spike Heels, Bad Dates, The Butterfly Collection, Our House, View of the Dome, Omnium Gatherum and The Understudy. Mirror Stage’s fully staged production of Abstract Expression was named “Best Play of 2003” by Seattle Gay News, and Strawberry Theatre Workshop presented The Bells in January/February 2012.

Ms. Rebeck has published two novels: Three Girls and Their Brother and Twelve Rooms With A View. Her feature films include Harriet the Spy, Gossip, and Seducing Charlie Barker, an adaptation of her play, The Scene.

In television, Ms. Rebeck has written for Dream On, Brooklyn Bridge, L.A. Law and Third Watch, among others; been a writer/producer for Canterbury’s Law, Law and Order: Criminal Intent, NYPD Blue, and is the Executive Producer for the upcoming NBC series Smash. For Playbill’s recent interview with Ms. Rebeck, click here

Ms. Rebeck has won the National Theatre Conference Award, the William Inge New Voices Playwriting Award, the IRNE Award for Best New Play, and the Eliot Norton Award. She holds an MFA in Playwrighting and a PhD. in Victorian Melodrama, both from Brandeis University, and lives in Brooklyn with her husband and two children.